A revival of pre-Inca water technology in the mountains of the Andes is set to keep taps flowing in the drought-affected Peruvian capital, Lima. Grouting ancient canals, it turns out, is a far cheaper solution to the city’s water crisis than building a new desalination plant.

Lima is one of the world’s largest desert cities and relies for water on rivers that flow out of the Andes. But those rivers diminish to a trickle during a long dry season, leaving the population of almost 9 million with intermittent water supplies.

Read the full article by Fred Pearce from April 9, 2015, on the websites of the New Scientist.
About the Source: New Scientist is a weekly English-language magazine based in London that covers all aspects of science and technology. 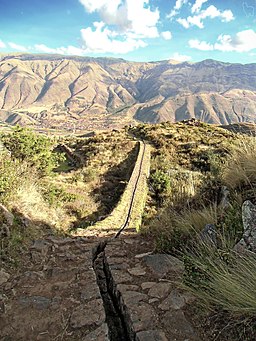